The rental contract with option to purchase

Due to the difficulty that exists for different groups, including young people, when it comes to being able to access a home, new legal figures are appearing and emerging, such as the rental contract with option to purchase, a legal figure that we will talk about here.

Renting with an option to buy is a figure that allows us to pay a rent so that these amounts are discounted from the final purchase price, as long as the right we have with the option is exercised within the period established in the contract, or failing that, within the maximum period established by jurisprudence. In other words, the rental contract with option to purchase allows us the possibility of acquiring a property once the term established in the lease has expired.

Lack of regulation in legal texts

For this reason, there must be a series of requirements, which are common and which are as follows:

1.- That the price for the future sale and purchase has been fixed in the contract.

2.- The period of time in which the property can be acquired must also be included.

3.- The tenant has the right to decide whether or not to purchase the property within this period, even if the landlord does not want him to do so.

4.- The amount of the amount that is paid to the landlord for the granting of the option to purchase.

Finally, something that we have mentioned as one of the necessary requirements is the term, the maximum term for exercising the option to purchase is FIVE YEARS, the term established by the Law of Urban Leases for the rental contract. It must be taken into account in these cases, that if the rental contract is extended, the option to purchase is not, and the tenant loses the possibility of acquiring the property and loses the amounts previously paid.

If you have any doubts, or if you want to draw up your rental contract with option to buy, do not hesitate to contact us.

Do not hesitate to contact our Law Firm in Marbella if you have any questions about the Urban Leasing Law or when buying or selling a property. Our team of expert conveyancing lawyers in Marbella will be happy to advise you and carry out all the steps and procedures to assist you in the purchase or sale. 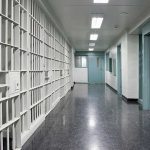 Circumstances that mitigate criminal responsibility in the spanish penal code

Cartel of the Cars in Spain