Cartel of the Cars in Spain

Cartel of the Cars

The so-called 'Cartel of the Cars' was an illegal agreement between the vast majority of car manufacturers operating in Spain. Which manufacturers decided to carry out a strategy among all of them to fix the selling Price of cars sold in Spain between February 2006 and August 2013.

All this stems from the Ruling of the Competition Chamber of the Council of  the National Commission for Markets and Competition, when it issued a Resolution on file S/0482/13 of Car Manufacturers, concerning the car cartel operating in Spanish territory from 2006 to 2013.

Our lawyers in civil law in Marbella, handle the affairs of the car cartel in the city of Marbella and the province of Malaga

The direct consequence of all this was a price increase, organised by all the above-mentioned manufacturers, thus preventing competition between them (in violation of the free market principle) and inflating prices.

This, as everyone knows, happened in our country during the economic crisis that hit us in 2008. While the Spanish economy was stagnant and demand for all products was at a low, car prices were oblivious to all this. The average car price increase during this period was 15% higher than it would have been if companies had been competing with each other in a real and effective way.

If you believe that you may be affected in this matter, do not hesitate to contact our law firm Mercury Abogados, operating from Marbella, Spain. Our civil lawyers we will see and ensure that the work is carried out in a competent and complete manner.

The rental contract with option to purchase 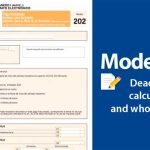