Proposition of evidence in a trial procedure for petty crimes

Proposition of evidence in a trial procedure for petty crimes

Our expert lawyers in criminal law in Marbella defend their clients before the courts in trials for minor crimes.

If photographs or any documentary evidence are provided, a copy will be given to the judge, the Public Prosecutor's Office and the opposing party.

The trial continues with the questioning of witnesses, who are obliged to tell the truth, being questioned by the Public Prosecutor's Office, and the lawyers of the complainant and the accused.

The judge will probably ask each party that has proposed a witness whether he/she is an eyewitness to the facts and whether he/she has any relationship with any of the parties.

Our English-speaking lawyers in Marbella represent and defend you in a criminal trial.

Finally, once the proposition of evidence in a trial procedure has been presented, both the parties (the complainant’s lawyer and the defendant’s lawyer), and the Public Prosecutor's Office analyse the evidence presented during the trial, evaluating it and asking for the verdict and sentence they deem appropriate to defend the interest of his/her client.

Clearly, the complainant's lawyer will claim for the highest possible penalty for that crime, and the defendant's lawyer will ask for free acquittal/ innocence. With regard to the Public Prosecutor's Office, if it considers that a crime has been committed, it will request the penalty it deems appropriate for the crime.

The judge will say: Stand up the accused. Do you have something to add to what was said in this room?

Then, the last word is given to the accused, who may say whatever he/she deems appropriate.

Do not hesitate to contact our Law Firm in Marbella if you want our lawyers to represent you in a petty crime trial, whether you are a complainant or an accused party. Our team of expert lawyers in criminal law in Marbella will be happy to defend your interests. 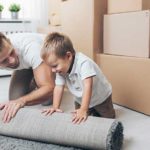 News in the Urban Leasing Law 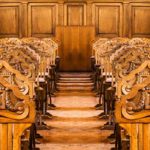