Taxation of non-residents in Spain for the Succesion Tax. Part 2

CASE 2: WHEN THE DESEASED IS RESIDENT IN ANDALUCIA

As a brief summary of the previous post, we will keep in mind the following points:

To know the residence of the deceased and therefore know the regional law to be applied, it will be necessary to take into account the greatest number of days where the deceased has lived during the period of five years immediately from the day before his death, which it is computed from date to date.

When the deceased and their heirs are residents of Spain, the inheritance law of the region where the deceased resides will tax the totality of the assets, whether in Spain or not.

The law of successions applicable in these cases will depend on whether or not the heirs are residents of a country belonging to the U.E. or the EEA.
In the present post, as a continuation of the previous one, we will analyse the possible scenarios that may arise when the Deceased is resident in Andalusia.

Possible scenarios that can be produced when the deseased is Resident in Andalucia.

If the deceased had his residence in Andalusia and his heirs were non-residents in Spain, but are residents in a conuntry of the European Union or the EEA, then the Andalusian inheritance law can be applied and will tax only on the goods in Spain.

A German dies while residing in Marbella (Andalusia), and his heirs are residents in Austria. The estate is made up of the following assets: a house in Austria valued at € 1,000,000 and a house in Marbella valued at € 2,000,000.
The heirs must be taxed in Spain on all the assets in Spanish territory, that is 2,000,000 €, being able to benefit from the inheritance tax of Andalusia.

In the event that the deceased is resident in Andalusia and his heirs are NOT residents in an EU country or of the EEA, the central government inheritance law must be applied.

Deceased: It is the person who has died.

Hereditary estate: The hereditary estate is the patrimonial set of the deceased, which will be subject to distribution among the heirs, and it consists of the asset (set of assets and rights) and liabilities (set of debts).

Heirs: a heir is the person who receives the property, money or the rights and obligations of the deceased.

Do not hesitate to contact our law firm in Marbella. Our team of lawyers who are experts in inheritance of non-residents in Marbella will be pleased to advise and carry out all the procedures related to the inheritance.

Taxation of non-residents in Spain for the Succesion Tax. Part 1 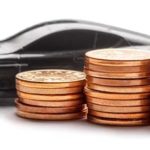